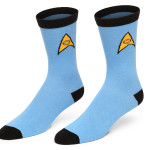 Scientific investigations of fashion choices in the tech community are few and far between. As part of my coverage of GOTO last year I set out to discover…what exactly do computer scientists wear? The results were funny, interesting and revealing conversations with some of the top people in computer science. People carry mementos, memories and stories that are a lot easier to gain access to when they are caught off-guard, with a little bit of humour. All I want for Christmas…

But for all the beautiful things I learned and the cool discussions I had…to be honest, it is a tiresome discussion. Here I am given an important  platform to talk about things that matter, new things, exciting things that may change the world and I’m writing about some guy’s socks? If you had a seriously prominent top-notch of the industry speaker one-on-one for 5-10 minutes, what would you ask them? Raise your hand if you said socks. So just me? Okay then…

On the other hand; perceptions can be important. A lot of our first impression of new people are based on the way they choose to represent themselves and the clothes they choose to wear are an aspect of that. It may be easy to stand on the inside of the IT-industry and know that we are all different and diverse; the hollywood-image of a pimply hacker in the basement is far from representative, but people still think we’re nerds .

(It always amazes me that Hollywood-movies could literally create any world that they want to and they still rely on tired old stereotypes, telling the same story over and over)

The goal should be to show that the IT-industry is a diverse range of people and job functions. There is nothing to be won from shunning the world of fashion as though the superficiality of it is beneath us, as in the comments in this article.  The authors of the article talk to women in the tech-industry and show a diverse range of jobs as well as outfits – showing that you can be a nerd and care about what you wear (you can even, gasp!, be a woman!). The comments are critical of the angle in the article, but the point is there is room for people who care about their clothes in the IT-industry.

It is important to note that the responsibility should not be on people to be diverse; they shouldn’t have to wake up each morning and assess – am I being different enough? Instead the goal is to communicate how diverse the IT-industry already is, so that we may attract the best and the brightest whether she wears louboutins or no-name-hiking boots.

Scientific investigations of fashion choices in the tech community are few and far between. As part of my coverage of GOTO last year I set out to discover…what exactly do...